This page is solely dedicated to posting bugs found while playing killap's Fallout 2 Restoration Project mod (FO2 RP). Bugs will be categorized by location and by whether or not they are confirmed, unconfirmed, fixed, etc.

After a new official version of the Restoration Patch is released, all bugs that were fixed will be removed from this page. Unless a new official version of the FO2 RP is released, wiki users should never remove any information from this page. Additions are very welcome, but removing the comments and reports of other wiki users is disrespectful and myopic. Any edits to this page which entail removing any content posted by other contributors will be reverted by wiki staff.

As of July 2019, killap and the RP team have not been actively working on the FO2 RP for over five years. Wiki users should keep this in mind when posting bugs or reports here. Perhaps someday killap and his team will return to work on the FO2 RP, but as time goes by this seems increasingly unlikely. Nonetheless, as this page was started by killap, it will be maintained indefinitely so the information collected over many years will still be available to the RP team should they ever desire such. Wiki users are encouraged to continue posting their bug reports here.

A modder named Mkt1970 has started a project to make unofficial updates to the FO2 RP. The website for this project can be found at Github. If you would like to assist in Mkt1970's unofficial project, you are encouraged to visit that project page and report your bugs there as well, to help that team with their project.

A few things are mandatory regarding Fallout 2: First, the game must ALWAYS be installed using the Humongous Installation option in order for the FO2 RP mod to work properly. Original game files that must be patched aren't installed when any method except a Humongous installation is performed. Second, if you are on Windows Vista or Newer you should NEVER install Fallout 2 in Program Files or any other directory protected by Windows because this may cause unexpected bugs. Third, you DON'T need to install the patch containing the unofficial fixes by Killap since those are already included in the restoration patch. Please provide all of the following details when describing your problem:

If you want to post a bug that Killap will actually take the time to review or fix there are two things you can do to make the task easier:

And lastly, DO NOT post a report of a crash unless you can reproduce it. Random crashes occur all the time with Fallout, so unless you can consistently get the same crash to occur, don't even bother posting.

Attention: the above fix is only sweeping the problem under a rug by hiding the map changes RP brings to the table. To actually fix the bug you will have to reinstall Restoration Project as the files needed have already been deleted by the game by the time you first launched it. After reinstalling, navigate to /Fallout 2/data/proto/, and do the following following for the /critters and /items folders: select all the files with the file extension .pro, right click > Get Info, and check the "Locked" checkbox (macOS). Now these files wont be deleted the next time you launch the game. MysticSG (talk) 05:23, January 7, 2020 (UTC)

That makes it look like Becky is ambiguously Engrish, not an American. Of course, this is as easy as fixing the dcRebecc.msg file! --Breakin'Benny (talk) 22:08, August 8, 2014 (UTC)

I have a theory that these people in the holograms uploaded their consciousness to the computers, probably in case someone (like you, wonderful explorer!) were to discover the pre-War complex and possibly start it up again. --Breakin'Benny (talk) 17:51, November 10, 2014 (UTC)

I believe they should rather be considered neutral, as the mobsters who help fight off raiders and Yakuza are also there to defend New Reno from technical threats. --Breakin'Benny (talk) 12:18, July 27, 2014 (UTC)

I didn't notice it clearly, but as you can see in the image they're "scarred" travelers. If they were scared, it'd be safe to assume they'd just run away and appear as un-armored individuals likely alike their master. --Breakin'Benny (talk) 12:38, August 25, 2014 (UTC)

"map var out of range" error is spamming debug logs like crazy. And here is how you fix it. In critter_p_proc of obj_dude and all party members, there is a line starting "if (cur_map_index == MAP_NEW_RENO_1)". You need to replace conditions like this (it's because when Fallout interprets conditions it always resolves every part of it even when there is no point, in this case it was checking "map_var" every frame regardless of current map index -- phobos2077):

Sure sucks having to be registered and logged in and whatnot on NMA to even be allowed to download attachments from there, wish it didn't have to be that way... By the way, I don't think you're doing signatures the right way somewhat unlike Killap except that he uses bold formatting. --Breakin'Benny (talk) 07:49, September 11, 2014 (UTC) 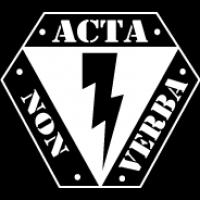