Fallout of Nevada is a Russian Fallout 2 total conversion project. The development project started in 2009.

The developers sought to preserve the basic principles of the original, such as moral and ethical issues, post-nuclear wasteland gloomy atmosphere, black humor, and so on.

(Master* - Author of mod fulfilled has kept his word - FoN not only not inferior to the classic Fallout series - it complements them.)

Versions of the project

The game is set in the territory of Nevada state before the first Fallout. The main character is a dweller of Vault 8 (not Richard Grey or Boyarsky, mind you!). Your task is to find the SoS (The Set of outward Security), created to organize security measures in future Vaults. But this quest is child's play, compared to the unexpected turn of events that will take you on this potentially dark journey. Life in the wasteland is just beginning to appear. Settlements are scarce, roads are almost non-existent, The world is engulfed in anarchy, more so than before. It will be tough for your body and mind to survive.

Social interaction is the main part of this game's development. There will be no absolutely evil or absolutely good characters. Most of the quests and situations will provide the player with dilemmas of ethics and moral struggle.

The Soundtrack for Fallout of Nevada (in ambient and dark ambient styles) was written by composer Alexei Trofimov (aka Nobody's Nail Machine). It is close to the design of the original series soundtrack by Mark Morgan (Fallout 1 & 2). These compositions have found great resonance among the fans of Fallout of Nevada and connoisseurs of the genre of ambient music. The OST contains 19 tracks (not all of them were used in the project). Intro to the game opens up a composition «What a wonderful world ...» performed by Louis Armstrong. 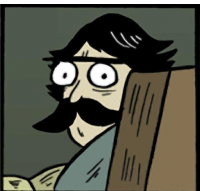 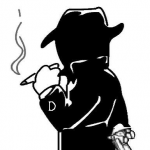 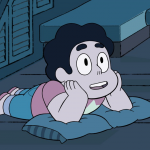