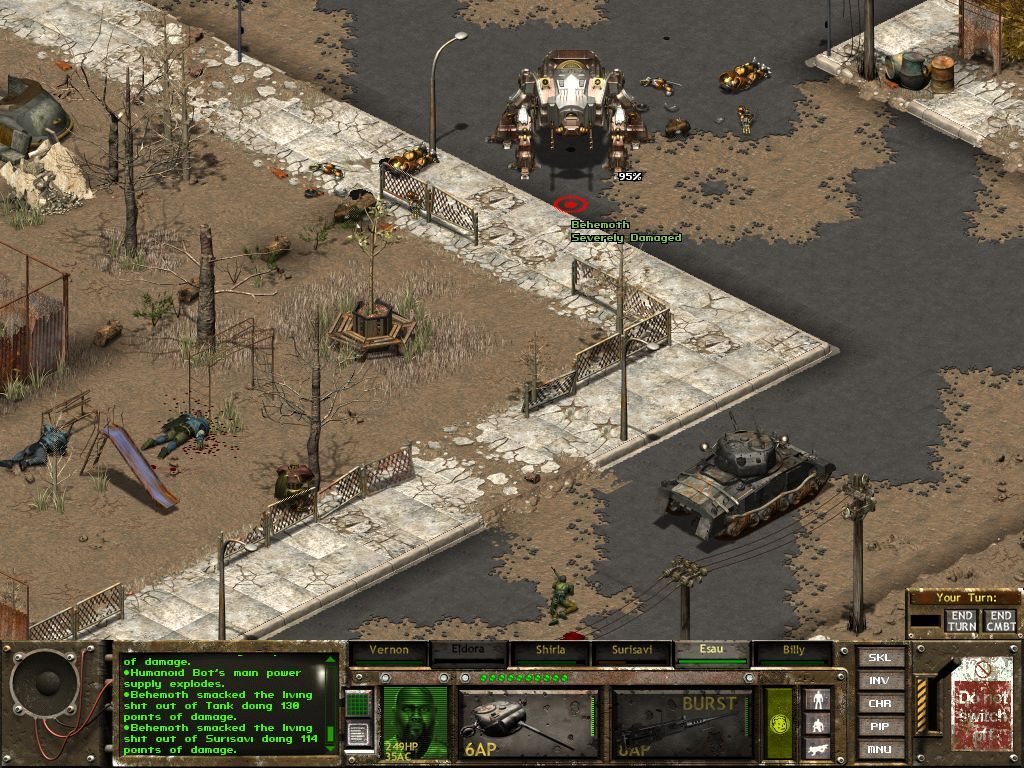 Nearly fifteen years ago, the game Fallout Tactics was released by Microforte and Interplay. The game quickly became notorious for many issues of poor quality and design-- the development cycle was rushed, there was little playtesting by developers to expose glaring defects, and in overall design the game seems to have been made by folks not particularly knowledgeable about the sort of gameplay experiences players seek in tactical combat games. Yet the game has many strengths as well-- an easy to use game editor for end-users, good artwork using tile-based pre-rendered backgrounds, an engine that supports turn-based tactical combat, and an interesting setting which provides fertile ground for exploring narratives in the military science-fiction and post-apocalyptic genres.

Fallout Tactics Redux was the first published attempt to make pervasive, fundamental revisions and improvements of the original game's single-player campaign experience, and remains the only fully developed major effort to offer comprehensive reforms. FOT Redux is a wide-ranging modification of Fallout Tactics, and the mod's basic goal is to make the game more fun. The mod was originally released in 2012, and is currently at version 1.3.

In FOT Redux I took a broad view in defining "problems" in the original game, and therefore the mod is much more than an "unofficial patch." The approach taken to reform in Fallout Tactics Redux falls primarily into three categories:

1) Fix as many bugs in the game as may plausibly be fixed by end-users;

2) Identify aspects of the standard game that are not fun, and either eliminate these inadequacies or replace them with something better; 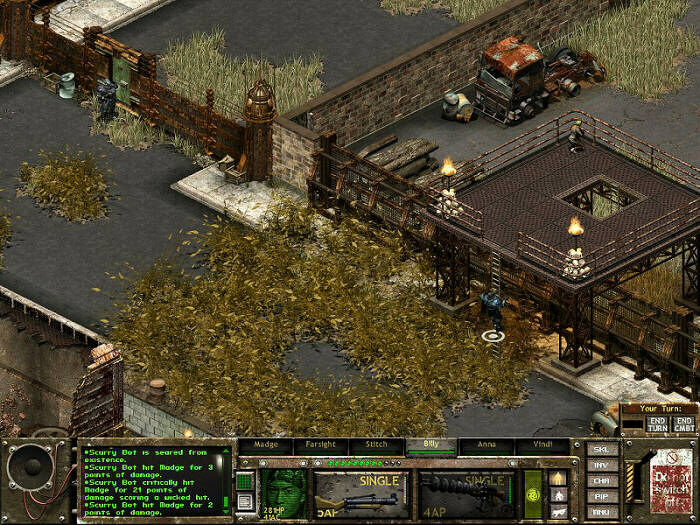 Fallout Tactics Redux is a major revision of the entire game, from the ground up. Recruits and weapons are completely redesigned, maps offer better, more challenging gameplay as well as improved features and appearance, and new characters and narratives are explored. Original game content is also expanded and enhanced, and a significant amount of "lost content" written by the original developers of the game that could never previously be seen by players has been restored to full playability. All this is in addition to a thorough review of every nook and cranny of the game, which has resulted in hundreds of bugs squashed and errors fixed. 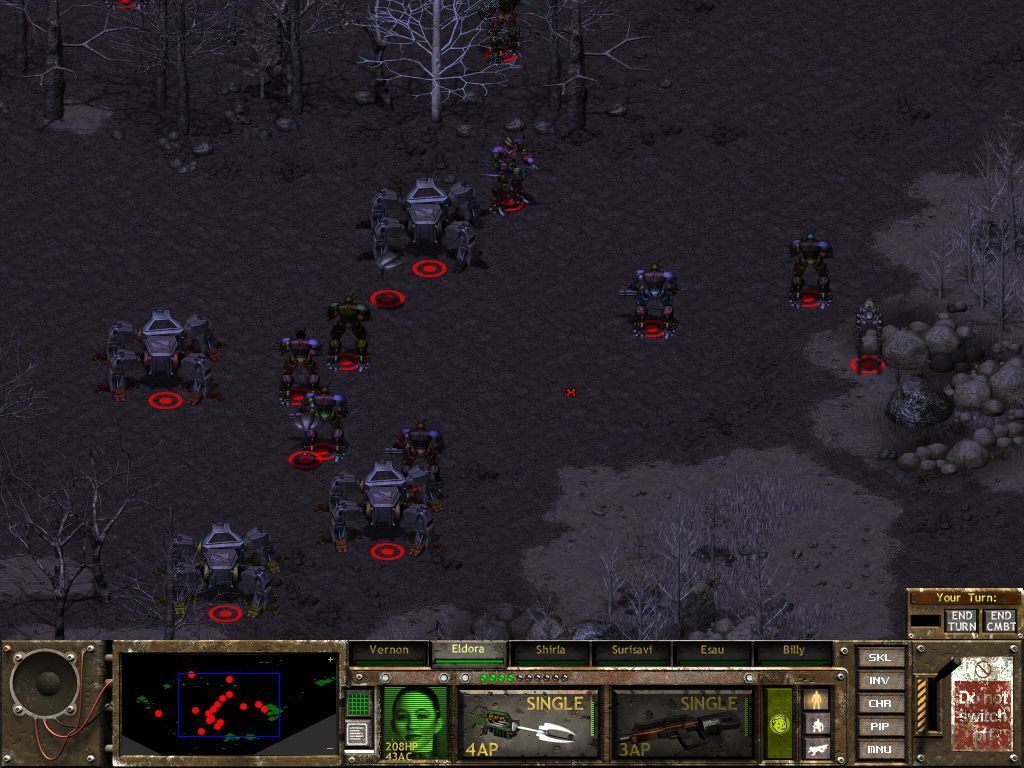 My hope is that others will embrace the mod as a foundation upon which to build a better game, and that in the future Redux will become a community project with many contributors. 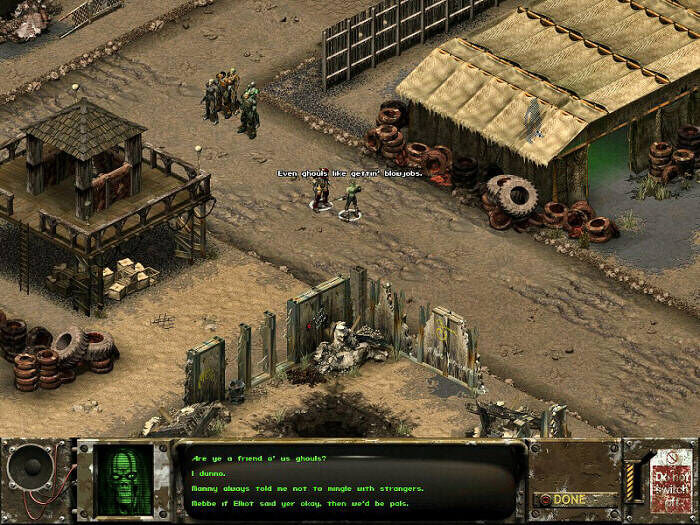 Fallout Tactics Redux is available for download here (270 mb). As noted above, the current version of FOT Redux is 1.3 (November 2015).

Fallout Tactics Redux is also now available at moddb. The file size there is 304 mb, but the content is identical. The difference is attributable solely to different methods of file compression (Mediafire uses 7z, moddb uses zip).

If you would like to review the changelog for the current version of FOT Redux, a text-only log is available here.

Much more information is available in the mod's documentation, which is included in the mod download. The mod is easy to install, and is designed to directly replace numerous error-laden files of the original game. The documentation includes detailed instructions for several various methods of installing Fallout Tactics Redux for end-users with differing interests or needs.

A forum for discussion, comments, and feedback on FOT Redux is also available on this wiki.

Player feedback has led to many improvements in the current version of the mod, and comments from players are welcomed.