Creating an installer for your mod

While most seasoned modders don't find it difficult to install and play a new mod other members of the Fallout community are not as familiar with the process and normally struggle to get a mod installed and running. A common problem is that they forgot to remove the patch000.dat file or not have the pro files set as read only. The purpose of this tutorial is show modders how to deploy their mod in a 'user friendly' way. I will be deploying a mod that has been configured to run alongside other mods as described in my previous tutorial here.

While there are many different setup creators I would recommend Inno Setup, it's an easy to use and free application that has all the functionality you will require. The Inno Setup is really just a script compiler so it is useful to also download ISTool which is a great gui script generator.

For this tutorial I will be packaging up a mod called "Mutants Rising", here's a list of the files that will be used. 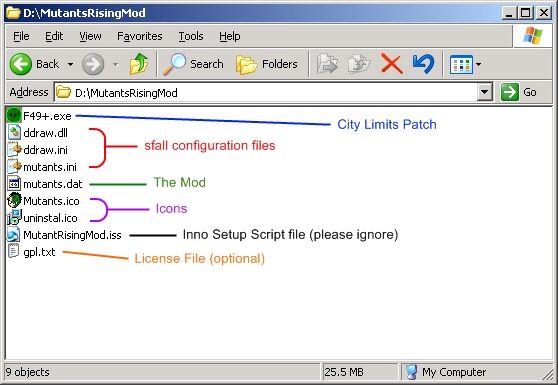 Just drag and drop all the files into 'files and directories' section. 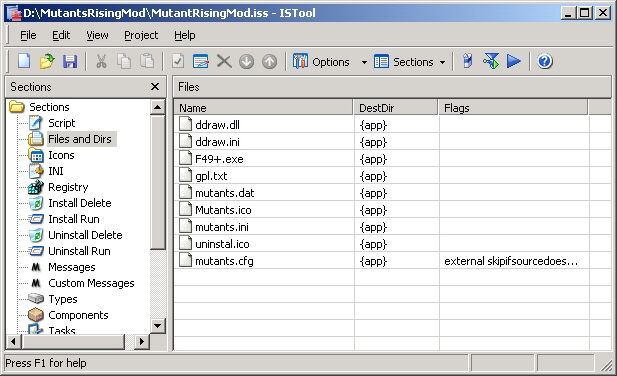 The mutants.cfg file is copied from the computer the mod is installed on. You can do this by adding a new file and using the following settings. The reason for copying it from the local machine is because the install location may be different on each computer. 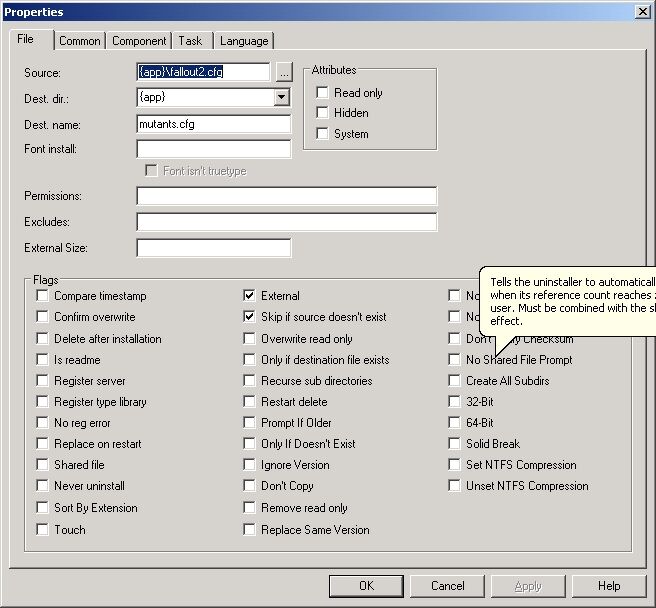 You can now set up the shortcuts in the start menu that the mod will need. This is done in the 'icons' section.

The first icon or shortcut will run the mod. Just be sure to enter the modname.ini file in the parameters of the shorcut, this is used by sfall to run the mods files.

The second shortcut is just link to the uninstall file generated by the mod installer. The default file name for the uninstaller is 'unins000.exe'.

We can now configure the new config file, remeber that we have set the installer to copy the original 'fallout2.cfg' file to a new file called 'modname.cfg'. We now need to edit the config file, this is done in the 'INI' section. 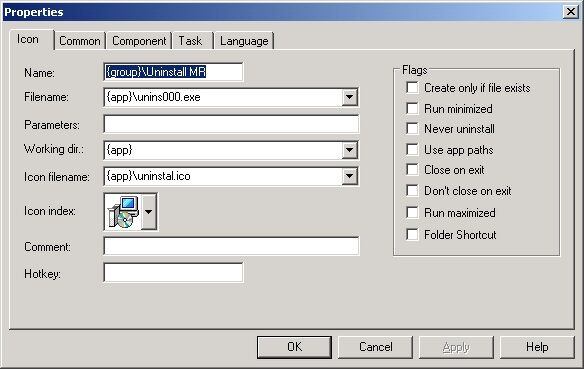 The first setting I change is the sound cache_size to 1024, I'm not really sure shy but a sound guy told me to. 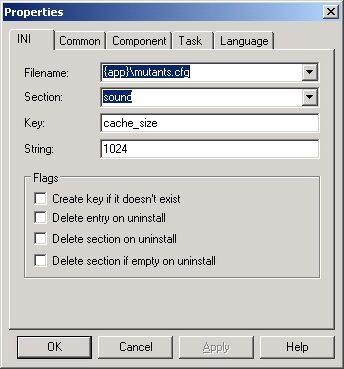 We now need to make the fallout engine look for it's patch data in a custom mod folder rather than in the default 'data' folder. First we will set the 'critter_patches' to look a folder called 'modname'. The fallout 2 engine will automatically create this folder when the mod is run, the players saved games will be placed here. 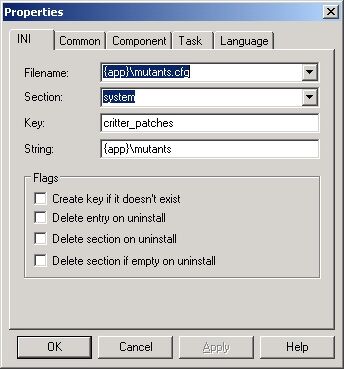 Now we will set the 'master_patches' to look a folder called 'modname'. The fallout 2 engine will automatically create this folder when the mod is run, the players saved games will be placed here. 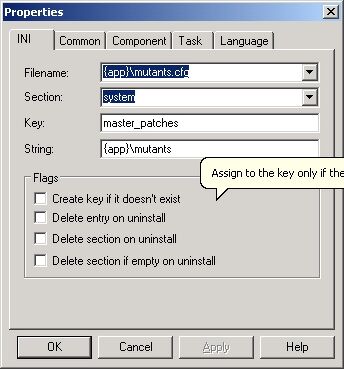 In the 'Install Run' section you can set any programs that you would like to run after the installation is complete. 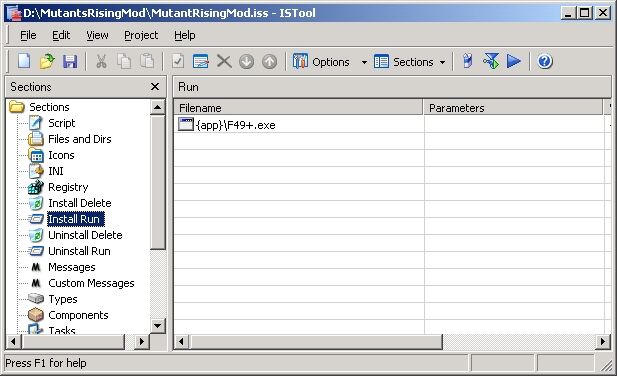 It's in this section that I like to add a start up link for the city limits patch we included with the mod. This way the installer will allowed people to patch their fallout2.exe file to except more than the default 49 cities limit. This step is optional, depending on if you have added new locations to your mod. UPDATE: The latest release of sfall now includes the ability to increase the city limit, so the limits patch is no longer required. 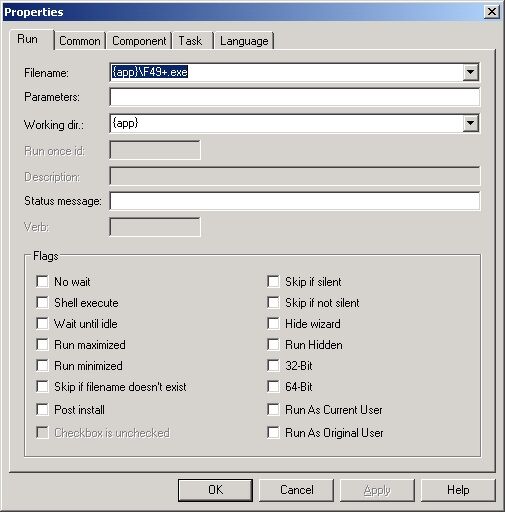 In the 'Uninstall Delete' section you can add a list of files you would like to delete when uninstalling the mod, this is over and above any files installed during setup. 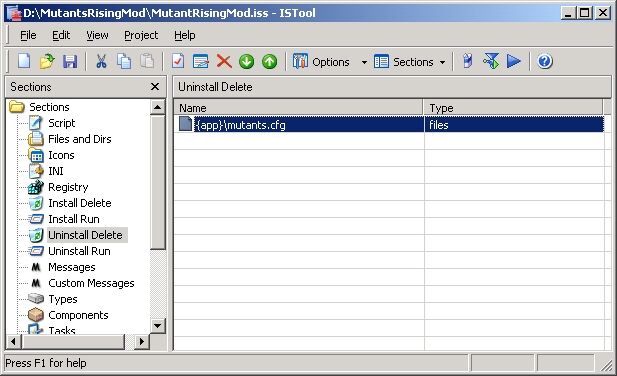 Once such file is the modname.cfg that is copied by the installer from the local machine. This will remove this file. You could also add the folder 'modname' to the list, but I prefer to leave it there as it contains the players saved games. 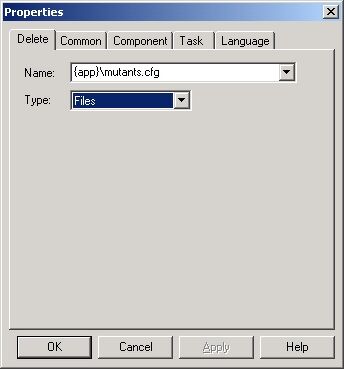 If you click on the 'Options' button you will be able to set the remaining settings required for the setup file generation.

You can set the Output Directory, Output name and Source Directory here. 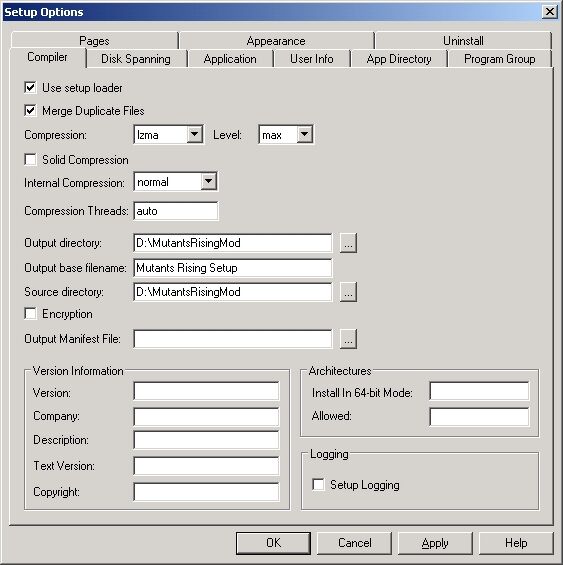 Now enter the mods name, it is optional to add a licence agreement and password here. 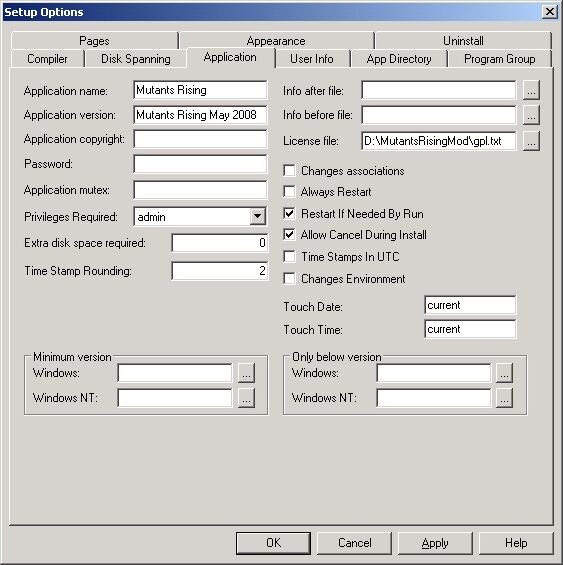 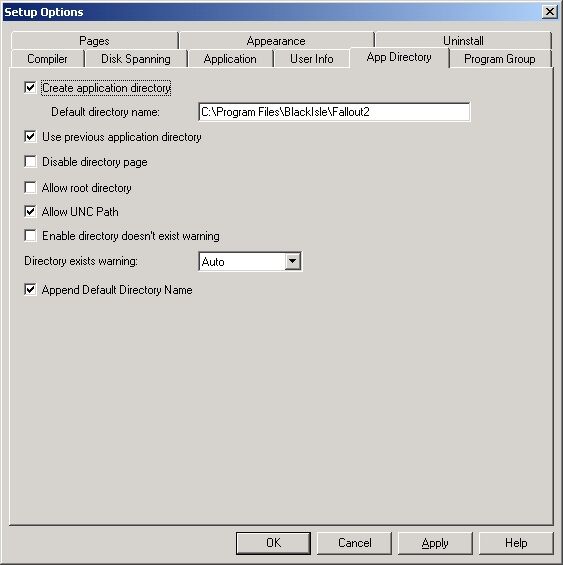 Enter the location in the start menu where the icons should appear, the normal location is Black Isle\Fallout2 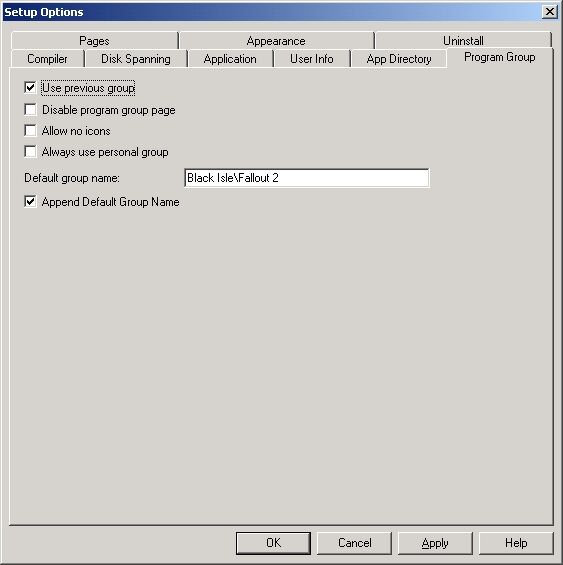 This information will be displayed in the 'add/remove programs' in windows, select the name the icon you want displayed. 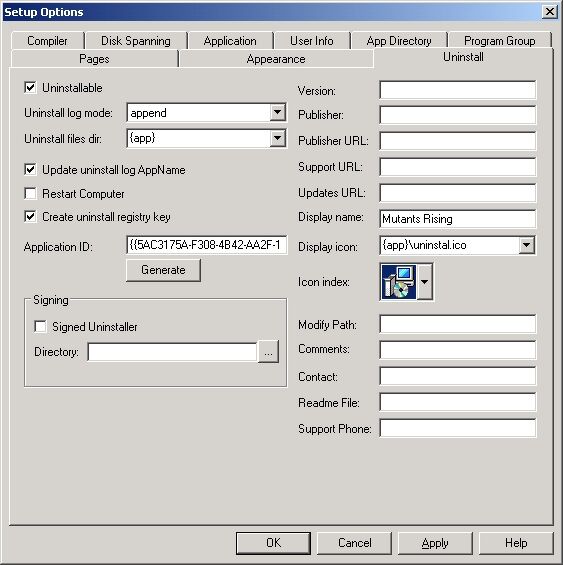 Now select the icon you want the installer to use. 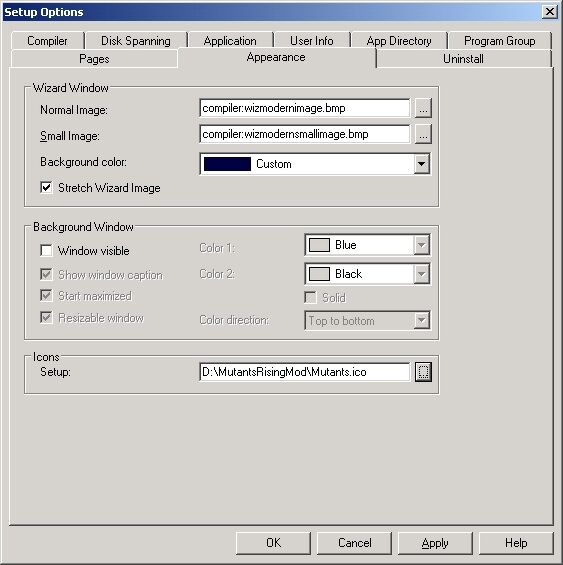 You can now compile you mods installer by clicking on the compile button. 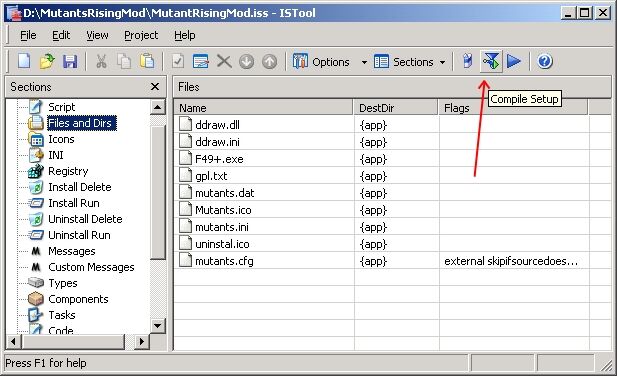 This is what you will see while the installer is compiling. 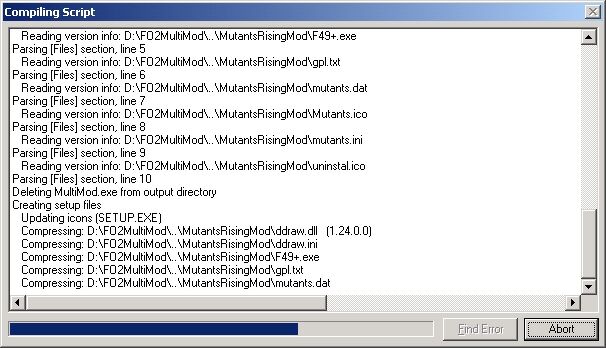 You should now have an installer file for your mod that you can distribute to other people.